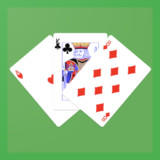 This is a card game for two players.

Like in a real golf the goal of this game is to earn as few points as possible.

Each game consist of nine rounds. At the beginning of a round each player receives 6 cards face down, all cards left are put in a draw pile. One card from the draw pile is put in a discard pile, face up.

At first a player have to face up two his/her cards. After that he/she can reduce the value of the cards in front of them by either swapping them for lesser value cards or by pairing them up in columns with cards of equal rank.

– Any pairs of cards in a column are worth 0 points

– Jokers are worth -2 points

– Kings are worth 0 points

– Queens and Jacks are worth 20 points

– Every other card is worth their rank

You can play agains an AI bot or your friends on the same device.

P.S. The back side of cards uses ornament of traditional Ukrainian towel (rooshnik). NO WAR IN UKRAINE! 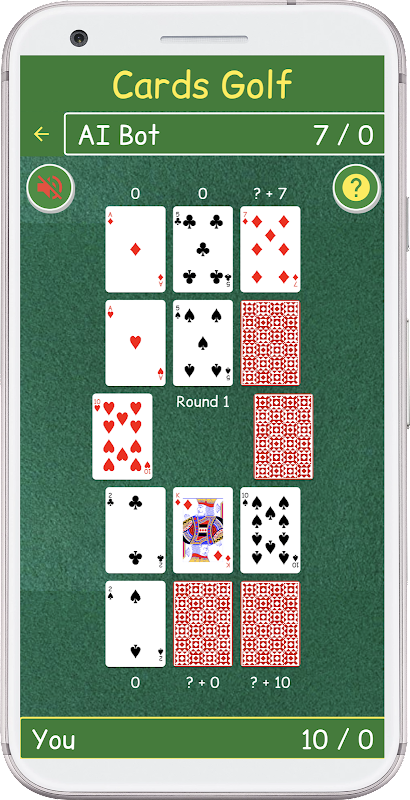 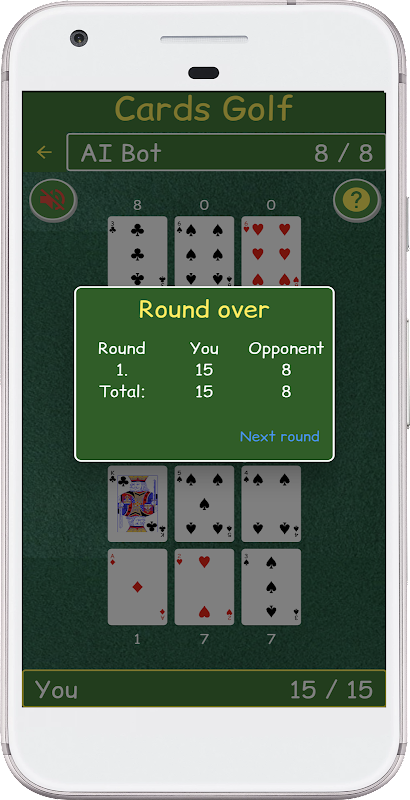 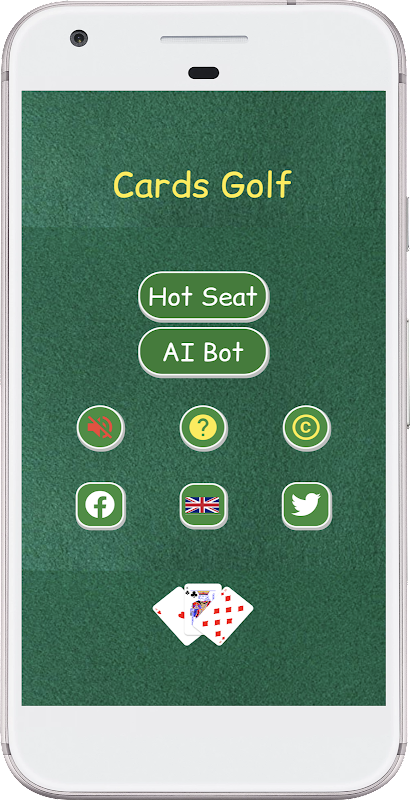 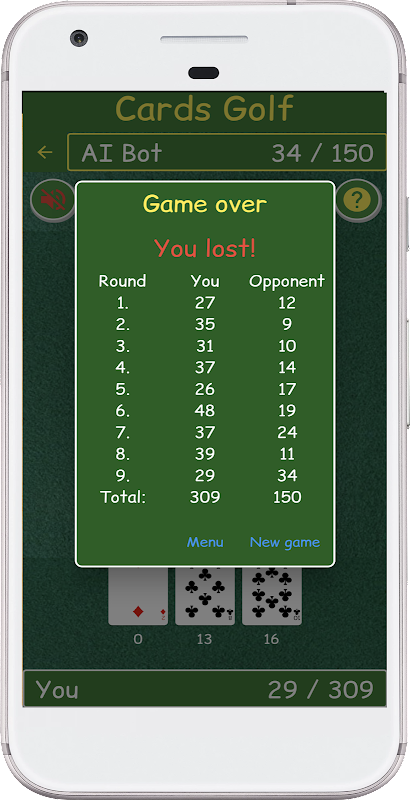